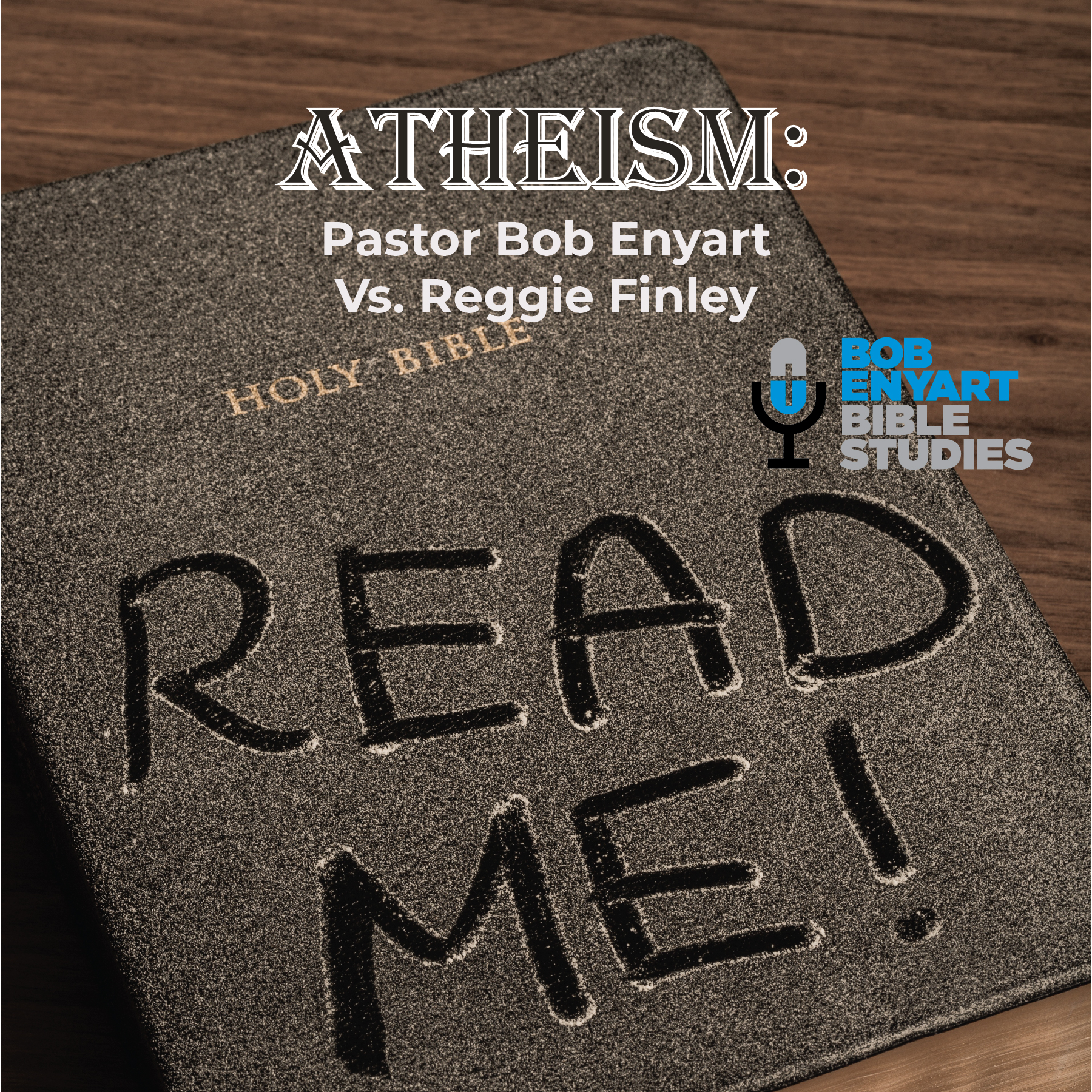 * Atheists vs. Conscience: Atheists claim that varying cultural norms disprove that God instilled a conscience in all of us mankind. However, Bob demonstrated with Reggie that atheists are themselves so influenced by Augustinian philosophy that they have a hard time acknowledging the obvious role that man's free will has in his behavior, whether individual or corporate.

* Evidence for Conscience: Even the hardened criminal like the murdering leader of a drug cartel, objects if another man: steals from him, tries to murder him, bears false witness against him, or commits adultery with his woman. So that the conscience God put in our hearts, knowing the difference between right and wrong, can typically be discerned even in a sociopath like Adolph Hitler. Atheists like Reggie Finley exaggerate the degree to which human beings disagree on right and wrong. Thou protesteth too much, Reggie, claiming that God hasn't revealed to you right and wrong.

* Homosexuals and Dogs: Reggie fell into a trap by using the typical liberal argument that homosexuality is defensible because some animals are homosexual. Bob then mentioned some of the horrendous behavior of animals. For example, some of them gang rape their females, some start devouring other animals while they are still alive, and some eat their own young. Thus, the argument that homosexuals behave like pigs and dogs easily backfires. This segment ended with Reggie saying, "I don't know where you're going with this." Reggie, the answer to that question is: Bob just refuted your point.


Today's Resource: If you enjoyed these segments of Bob's atheism debate with Reginald Finley, you'd probably learn a lot and really have fun hearing the entire four-hour debate on our Bob Debates Atheist Reginald Finley MP3 CD or instant download. We're also throw in a bonus. On Reggie's InfidelGuy.com website, he lists 22 arguments against the existence of God. We suggested to Reggie that we could avoid a wandering discussion that gets bogged down by using his list of arguments as an outline, such that he could go through the whole list, and make all twenty-two arguments as Bob responds to each. Reggie said he would rather have the unstructured discussion, which was fine with us. However, we asked a member of Denver Bible Church who is a former atheist to role play Reginald Finley in studio to give Bob the opportunity to illustrate how a biblical worldview provides strong rebuttals to Reggie's answers! So we've included that material also for a total of six hours of apologetics training learning how to respond to an atheist!
You must log in or register to reply here.
Share:
Facebook Twitter Reddit Pinterest Tumblr WhatsApp Email Share Link
Top