Pharma millionaire is suing four hunters for $7 million, results will have a huge impact

This is a crazy story:


A pharma millionaire is suing four hunters for $7 million, and the results will have a huge impact

OnX is an app that’s intended to help hunters find public land so they can go after deer, elk, or whatever they happen to be hunting. At first glance, that may not seem like news, but users of that app get an invaluable view of just who owns the property around them, which is critical when trying to reach public lands where hunting is legal. They have also gotten a very clear view of something that is otherwise hidden from the public: how corporations, millionaires, and billionaires have blocked out huge chunks of public property so that they alone can access it—without paying a dime.

They do this by creating public land “islands,” areas that are surrounded by privately held property. The public lands in these islands become de facto parts of the surrounding property. In most states, there is absolutely no rule that says the property owners have to do anything to allow access to that island of land.

Now, in what may be one of the most egregious case of someone using their power and wealth to bully both local residents and officials, drug company executive Fredric Eshelman—net worth $380 million—is trying to make the situation even worse. He’s trying to block off huge areas of land even when he doesn’t surround them, by pressing a case that would make it much easier to prevent the public from reaching public land.

In the process, Eshelman is trying to financially destroy four hunters for “trespassing,” even though they literally never set one foot on his property. The outcome of this case will affect not just hunters and fishermen, but hikers, bird watchers, artists, photographers, and anyone who simply wants to access land that belongs to all of us.

As The New York Times reported on Saturday, the OnX app is at the center of the controversial case now being tried in Carbon County, Wyoming, because that app was used by Missouri bow hunter Bradly Cape in plotting how out he would access the public lands around Elk Mountain in Wyoming.

Well aware of how prickly many land owners are about hunters crossing their property, Cape located an area of “checkerboard” control. That is, the land is divided into one mile-by-one mile sections, half of which are public property, half of which are privately owned, like the black and white squares on a checkboard.

At one place on this checkboard map, Eshelman controlled two squares that met at a corner. The other two squares were public property. Using OnX, Cape mapped out the exact location and led three friends in stepping across the corner from one public square to the other. They not only didn’t step on Eshelman’s land, the area of his property they crossed was infinitely small. Not one state has laws against this “corner crossing,” which is common in areas where grants of public land were once given to railroad companies in an effort to “open up” the West.

Legally, Eshelman can’t run a fence across that corner. So instead he installed “no trespassing” signs at the corners of each of his squares, leaving only a few inches in between (a photograph of the signs is in the Times article). But in a return visit the hunters, aware of the signs after scouting the location, brought with them a specially constructed short ladder, allowing them to hop over the space between the signs . . . . 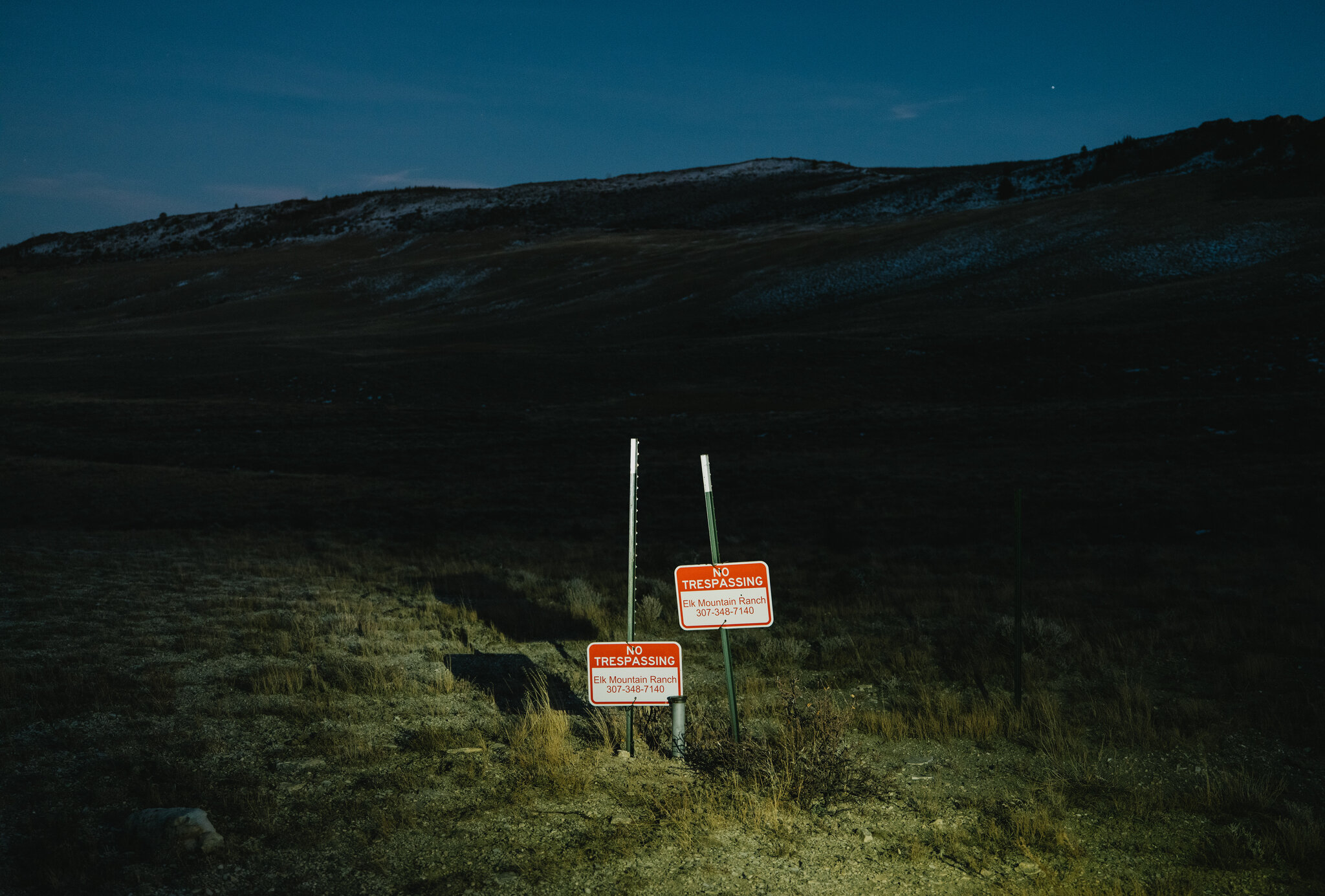 It’s Public Land. But the Public Can’t Reach It.

A navigation app that illuminates public land within privately held property has supercharged the question of who gets to go where.