"Show us your grace, Adonai; I am listening. What will God, Adonai, say? For he will speak peace to his people, to his holy ones —
but only if they don’t relapse into folly. grant us your salvation. His salvation is near for those who fear him, so that glory will be in our land.
Grace and truth have met together; justice and peace have kissed each other."

One can only wonder what the Psalmist is saying here. It was dedicated to the sons of Korach, the ones that did not rebel against Moses. Through the influence of the Holy Spirit, we see Yeshua here.

"Show us, your grace, Adonai, I am listening"

Grace is something not deserved, and we, as lost sinners, all deserve the fires of hell, yet, if "we are listening" and by "listening" it is to "hear and obey" just as the "Shema" says; "Shema Yisrael, Adonai Eloheinu, Adonai Echad"

"Adonai will speak Shalom to His people and to his Tzadikim"

Who are the people of Adonai? All those that will come to Him. It started out with Israel and has included all that would follow in faith the KING of kings and LORD of lords. Yeshua came to speak peace (shalom) so that we would have "peace of spirit". A "tzadik" is a righteous person, where does a person gain righteousness? through faith and trust in Yeshua, in His complete work of redemption through His blood, then follow his commandments, thus living a "life of righteousness" (right-doing).

Only if they don't lapse into folly, grant us your YESHUAH (salvation)

If we were ignorant before, if we were of the world and the things of the world before, living a life of sin and folly, then, once we meet the Messiah Yeshua, then, we all should change. Adonai DID indeed grant us His Only Son, Yeshua, to be a sacrifice for sin, God himself in the flesh, stretched out his arms and received the nails, spilled his blood and cried out; "It is finished!" What? the Torah? the commandments? NO, the curse of sin and death was finished. Our sins were nailed to the cross, not the Torah.

"His Yeshuah is near to those who fear HIM! so that the glory will be in our land"

We fear Yeshua in a reverential way, to fear is to respect and honor HIM who is King of kings, and creator of all that exists. The Glory of Adonai was Yeshua himself who came to his land, the land of Israel. He came and lived for 30 some years, healed the sick, taught the Torah, and paid the price of our sins with his blood. God's glory was the Shekinah that was above the Ark of the Covenant and above the Tabernacle. HIs glory was on Mt. Sinai in the cloud and fire. His glory was the presence of Yeshua himself. Even Ezekiel saw the "Glory of the LORD" (Ezekiel 1:26-28) . His glory is with every believer in the person of the Holy Spirit.

"Grace and truth have met together; justice and peace have kissed each other."

Grace, truth, justice, peace are all related and are together. Chen, Emet, Tzedek, Shalom. Met together, kissed each other, same, same, just another way of saying "united as ONE (Echad) Yeshua Chen, Yeshua HaEmet, Yeshua HaTzadik, Yeshua HaShalom. Yeshua has given us all grace, and righteousness, His truth is His Word, and we have inner peace. 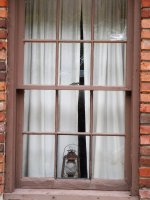