…Tisha ’B’Av, or the “9th of Av” this year starts on the Eve of August 6th. This was and still is a time of sadness, and sorrow. The question begins with “Eiha? (how) and “Lamah” (why?). The book of Lamentations begins with “Eiha” (how) “How alone she sits, the city (Jerusalem) once great with people….”

…..70 A.D. the Roman emperor Titus, destroys the second temple and murders millions of Israel’s inhabitants, and 100,000 taken captive to Rome, those taken captive to Rome are used as sport in the arena, and others served as slaves. Many others from Jerusalem fled the country, going to Europe, Africa, and other parts of the world.

…..1095 A.D. Crusades, started by the church in Europe, the main goal to kick the moors out of Jerusalem, any crusaders were anti-Semitic, during this time, 40% of Europe’s Jews were destroyed. One important event happened in Mainz, Germany. There were 700 Jews living in that city at that time. They sought refuge in a large church to be protected from the crusading murderers. The Bishop at that time was kind and accepted to hide the Jews in the church. The Jews had given the Bishop all their valuables in exchange. To no avail. The crusaders entered Mainz, discovered their hiding place, and murdered all of them including the Bishop. Some say that the Jews there committed suicide rather than falling into the hands of the crusaders.

…..1478 The start of the Spanish inquisition by Pope Nicolas, many Jews had to renounce their faith and accept Christianity, if not, they would be tortured and killed. This of course is not “real Christianity” but rather “Pseudo or false Christianity. Those who were genuine/real believers and followers of Jesus would never do such atrocities against God’s anointed people.

…..1492 The expulsion of the Jews from Spain on the 9th of Av. Many went to England and to other countries in Europe, later on, many came to the Americas and settled in Mexico, Central, and South America. By that time, many families had lost their Jewish identity, but now, many are finding it again.

…..1635 “Pogroms” or persecutions against the Jewish people starts in Poland

…..1939 The “holocaust” or “Shoah” begins in Nazi Germany. Result? We all know, that 6,000,000 Jewish people were killed by forced labor, starvation, and just “shot or gassed” in the concentration camps, just for being Jews.

…..1978 11 Palestinians land in a small Kibbutz in Israel by sea. They hijacked a bus, killed the driver, and drove towards Tel Aviv. On the way to Tel Aviv, they used weapons fire and threw hand grenades out the windows at people on the street, and the result was that 38 Israelis were killed.

…..2012 A rabbi in Rutherford, N.J. was at home during the night with his wife and 5 children. An Arab boy outside threw a Molotov bomb through the living room window to kill the family and burn down the synagogue that was part of the house. (Molotov bomb: a glass bottle filled with gasoline and a rag, the rag is lighted and the bottle is thrown).

During the time of Tisha B’Av many will sing this sad song;

“Look from the heavens and see, we have become an object of scorn and contempt among the nations. We are regarded as sheep to the slaughter, to be killed, beaten, and destroyed. But despite this, we have not forgotten your name, we beg you not to forget us!”

…..We regard this time as a time of sadness and grief. It is also a time of fasting from Saturday evening to Sunday evening (this year). but we must also remember this time as a time of survival, and a time to get out of “spiritual exile” It is a time to “return home to Abba” a time of “Teshuvah”. Our ancestors in ancient Israel committed spiritual adultery, went after pagan gods, and went away from the ways of the Torah, despite the warnings of God. God looked down and warned our people, finally, the punishment ensued yet Elohim has not and will NEVER reject his people, the remnant that survived is now in the millions, in every nation of the world. It is time to return, return to G-d, return to the ways of his Torah, return to the “Living Torah” 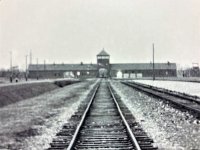